The Latest Interest Rate News You Need To Know About 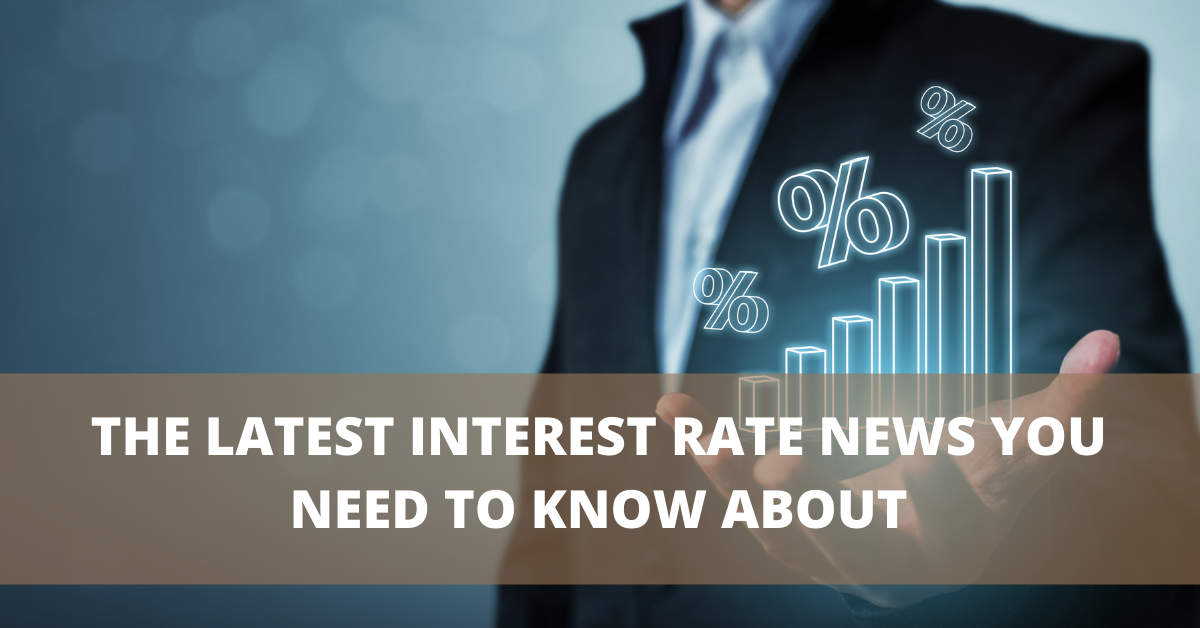 Interest rates are no stranger to the headlines. Over the past few weeks, we've seen mortgage rates make some interesting moves due to downward pressure from growing uncertainty surrounding tensions with Russia and Ukraine. However, this past week, the Federal Reserve just released some news that you’ll want to know about.

In our article today, we’re reviewing the latest news release and also taking a look at how interest rates typically behave in a time of global uncertainty like what we are currently experiencing.

It’s no secret that interest rates have been climbing in recent months, especially since January of this year. A few weeks ago, the 30-year fixed mortgage rate from Freddie Mac approached 4% for the first time since May of 2019.

However, over the past few weeks, we’ve seen a bit of a different trend. Mortgage rates have dropped slightly. This decline is primarily due to the uncertainty surrounding geopolitical tensions involving Russia and Ukraine. This trend is to be expected though according to the experts.

Odeta Kushi, Deputy Cheif Economist at First American explained that while mortgage rates trended upward in 2022, one side effect of global uncertainty like what we are experiencing is downward pressure on mortgage rates. Kushi goes on to explain that geopolitical events play an important role in impacting the long end of the yield curve and mortgage rates. One example of this is that in the weeks following the ‘Brexit’ vote in 2016, the U.S. Treasury bond yield declined and led to a corresponding decline in mortgage rates.

Economic uncertainty can impact the 10-year treasury yield, which has a long-standing relationship with mortgage rates and is often considered a leading indicator of where rates are headed. Therefore, it’s safe to say that global events can and do impact mortgage rates, which is what we were seeing over the past few weeks.

This trend would have likely continued in the short term however the Federal Reserve made an announcement last week that changed that trajectory.

Last week the Federal Reserve announced that they were going to increase interest rates essentially immediately by a quarter of a point as a means to combat inflation, which is at a 40-year high according to The New York Times. This past week, we’re seeing the result of that announcement. According to the National Association of REALTORS (NAR), the 30-year fixed mortgage rate surged to 4.16% last week after Federal Reserve hiked rates.

Additionally, the Federal Reserve announced that they were going to have similar increases six additional times throughout the year. At this time, there is no defined amount to what these increases will be.

What does this mean as we look to the future of 2022 and into 2023? According to the Weekly Real Estate Monitor from NAR, “More rate hikes are anticipated in 2022 and through 2023 with the median fed funds rate at 2.5% to 2.75%. This will bring the 30-year fixed mortgage rate to 6.5% to 6.75% by end of 2023.” However, the report points out that the Federal Reserve also announced that the course of monetary policy can change based on the economic impact of the Russia-Ukraine conflict.

Now, let's take a step back and look at how this impacts anyone looking to purchase a home. It’s important to remember that the number one reason why anyone buys or sells a home is to improve the quality of their life. While interest rates increasing is an unfortunate factor that is outside of our control, that doesn't mean that your goal of purchasing a home now has to change. Instead, focus on what you can control, which is putting a plan together and setting your home search up for success, which starts by getting all of the information you need on what’s happening in the current housing market. Knowledge is power, and there are still plenty of great opportunities out there.

Interest rates are a component of the purchasing process that you always want to have a pulse on. That being said, it's important not to get too bogged down on the ups and downs of interest rates. While it’s easy to get wrapped up in the numbers, at the end of the day, your focus should be on why you started the home search in the first place. Focus on the things that you can control, have a deep understanding of the market conditions, and work with a trusted team of experts to turn your real estate dreams into reality.